Rob Ford ~ Man of The People 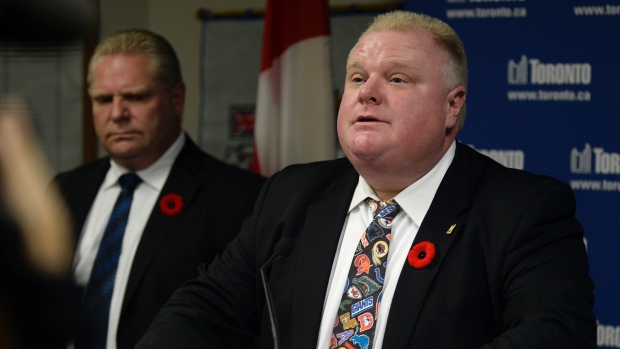 Rob Ford was a man of the people.

That is what the colonialists don’t want us to celebrate.  Normally a man like me, born in Jamaica, now a Canadian citizen has not much love for the Progressive Conservative party as they are akin to Republicans, The Tea Party, the KKK as far as I am concerned.  After Harper’s reign that was confirmed to me and many others, with his overt hate towards Muslims, Native People as well as immigrants like me! (Take a closer look at Bill C-51 & Bill C-24 if you are not white, Canadian born should you not believe me).  The NDP should be more my style yet because of our fan worship of Pierre Elliot Trudeau, I have basically remained a Liberal supporter for most of my life in Canada.  Rob Ford had Jack Layton / NDP type behavior within his Conservative values.

He was truly a man of the people.

Look at the outpouring of emotion and love by Canadians of poorer circumstances of all races, speaking of personal stories of Rob’s on hand support of their personal issues, whether replacing appliances, replacing bed bug infested mattresses, rent control issues, landlord issues, football / youth support…the list is pretty long.  These people looked past the spoiled, rich kid behavior of alcoholism, partying, crack smoking, buffoonery and focused on his personal touch with them.

A simple thing like returning a phone call!  EVERYONE speaks of that trait which Rob was doing before, during and after being a mayor.  He was a problem solver; unlike the majority of useless politicians we have currently representing us.

For instance, Mary Margret McMahon, the openly racist Councillor of Ward 32, threatened to cut Afrofest by a single day (a two day festival) because of “noise violations”.  If Rob was around, he would have kicked her ass!  Yet the current mayor John Tory when asked to step up to the plate said, “It is not my jurisdiction”.  Really?  Mayor of the city of Toronto and Ward 32 is not your jurisdiction?  Then whose responsibility is it John?

There would have been zero issues if Rob was still at the helm.

His public persona and behavior could not be excused or tolerated yet the “man of the people” will always be in fashion no matter what one’s politics are.

No politician before, and I’m sure it won’t happen for McMohan or Tory, have been laid in state at City Hall.  NONE!  The droves of people already flooding City Hall to sign his books are unheard of!  Rob Ford was real to the people and let us know through his work and his behavior, even being a part of what seems to me as a white supremacist party the PC Party, he was a real human being, caring for other humans.

Rob’s children can be proud of who their daddy was and what he represented as a human being.  Don’t let the negatives take away from a man who cared about humanity.  Even as a “drunk” and a “crackhead” he is far more a real person than the numbers of the hypocritical assholes who only point out these his negative traits.  I am more proud of Rob Ford than I am of any of his detractors!