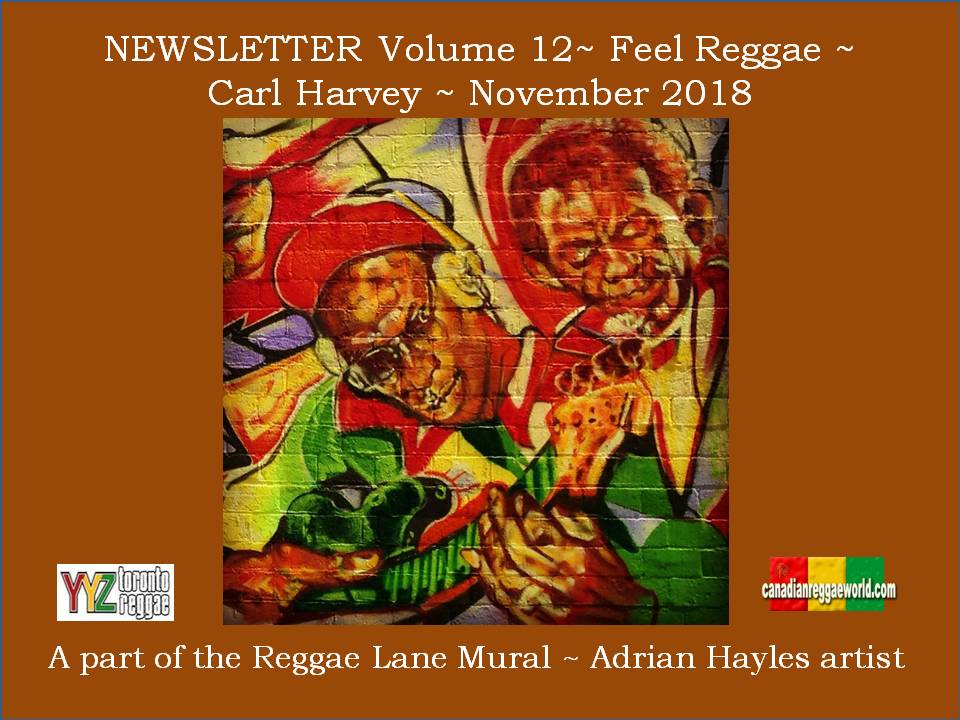 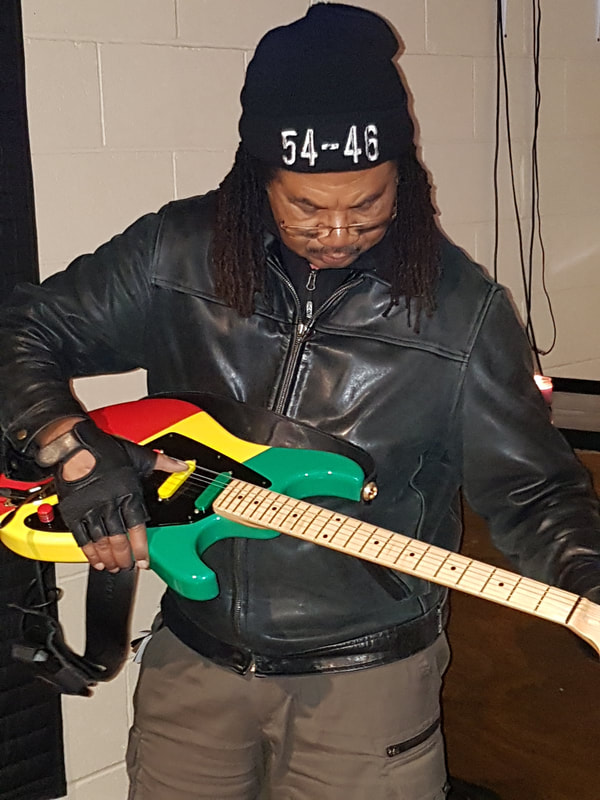 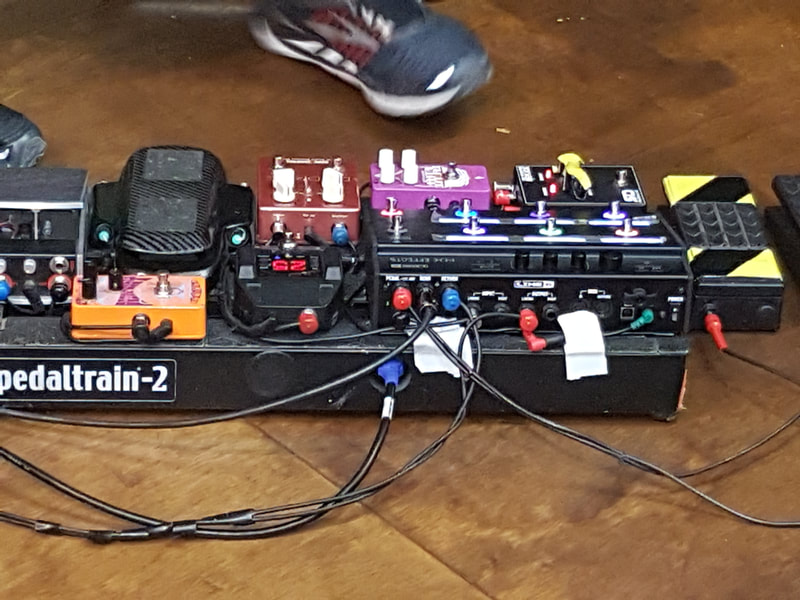 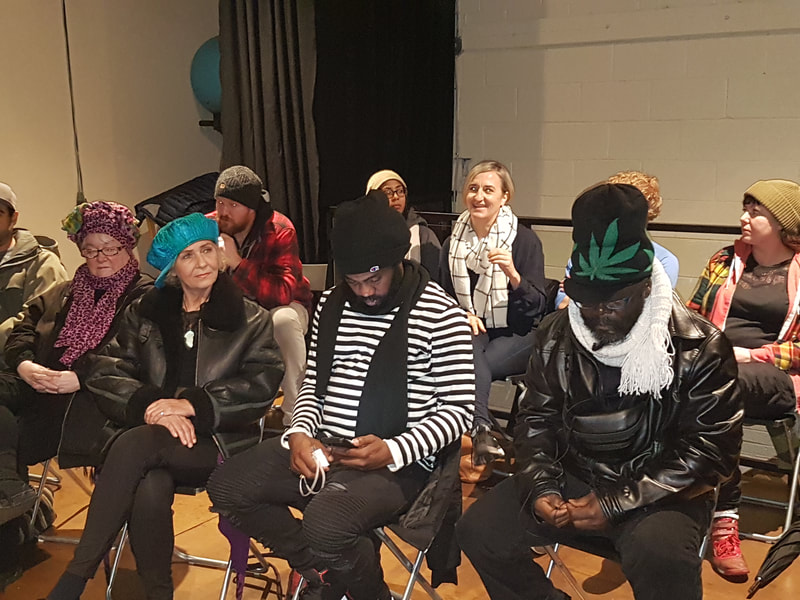 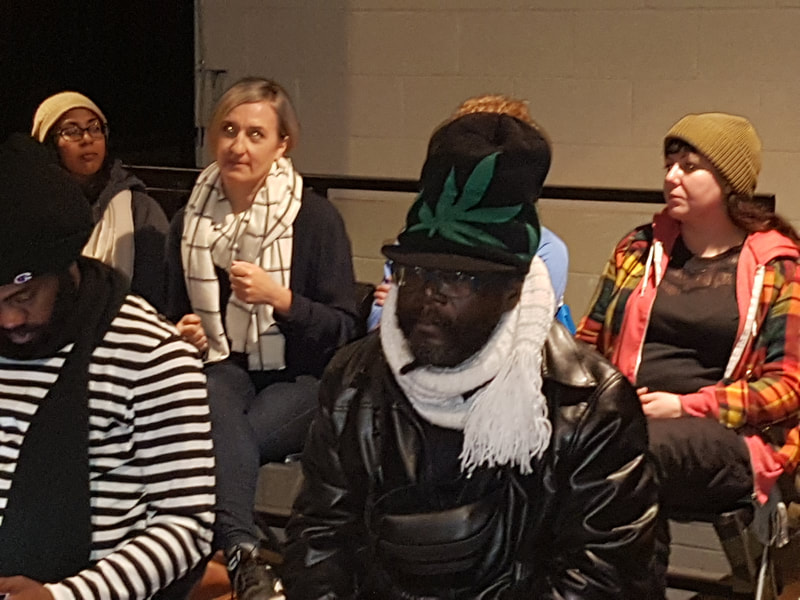 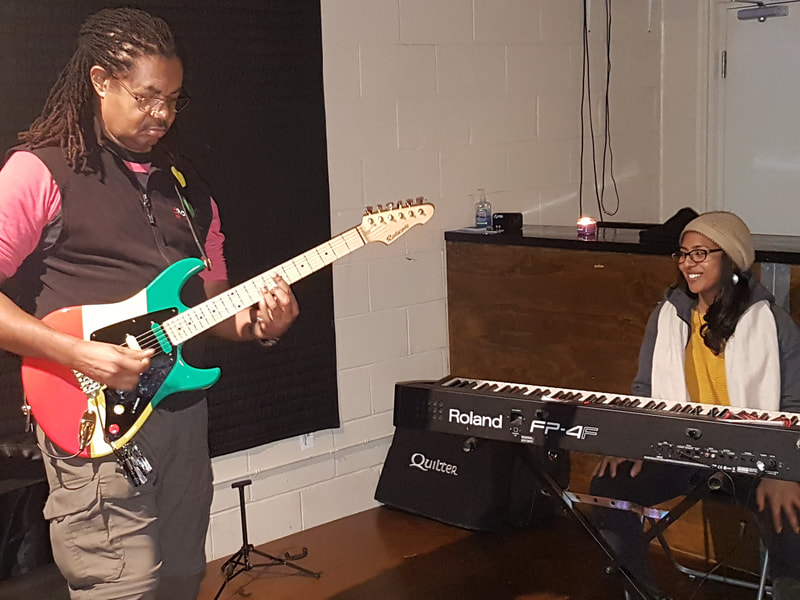 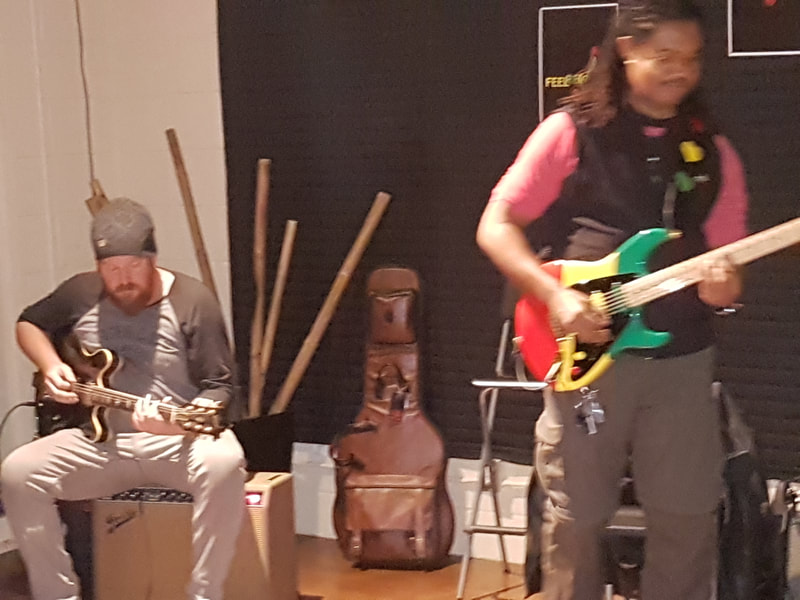 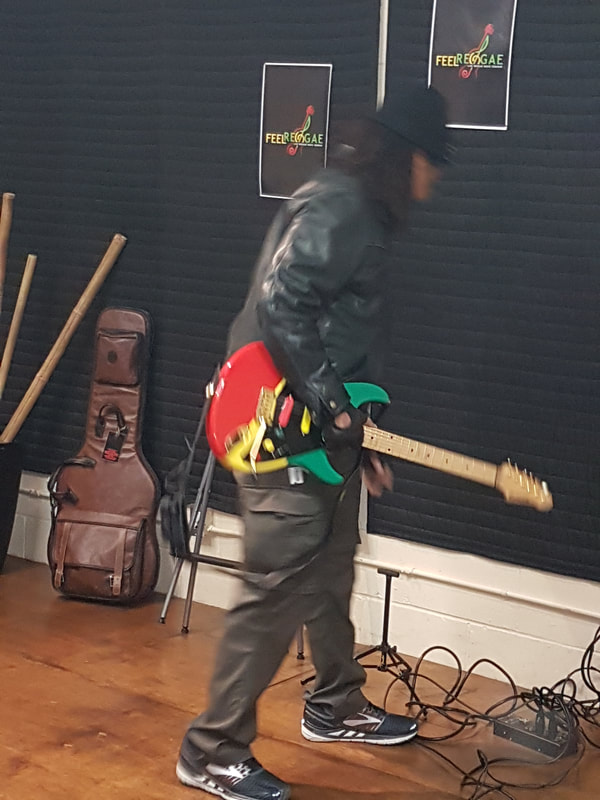 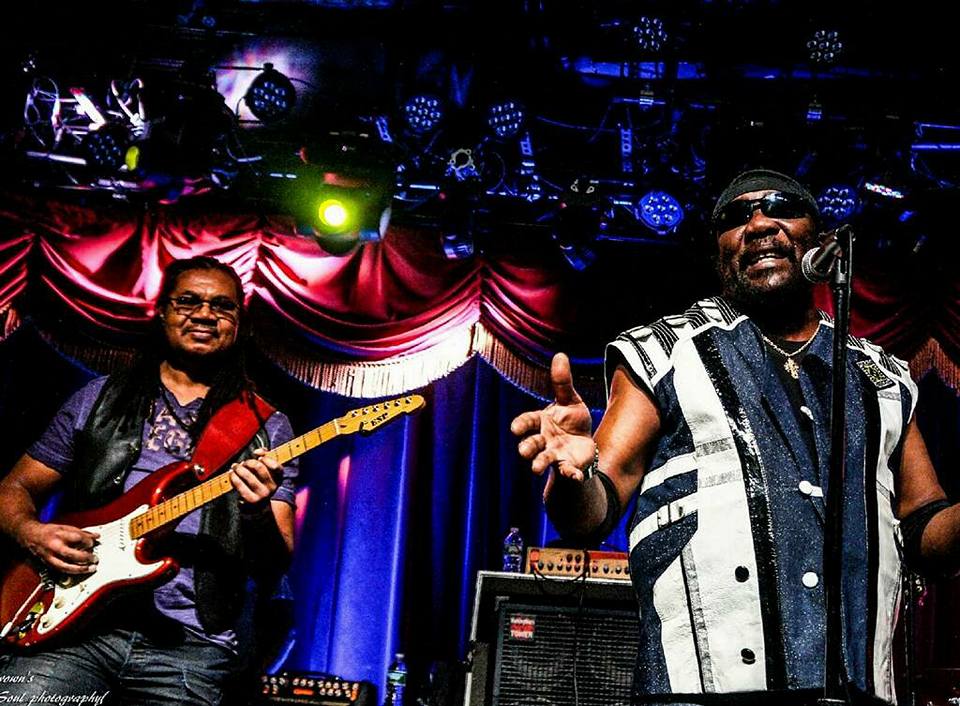 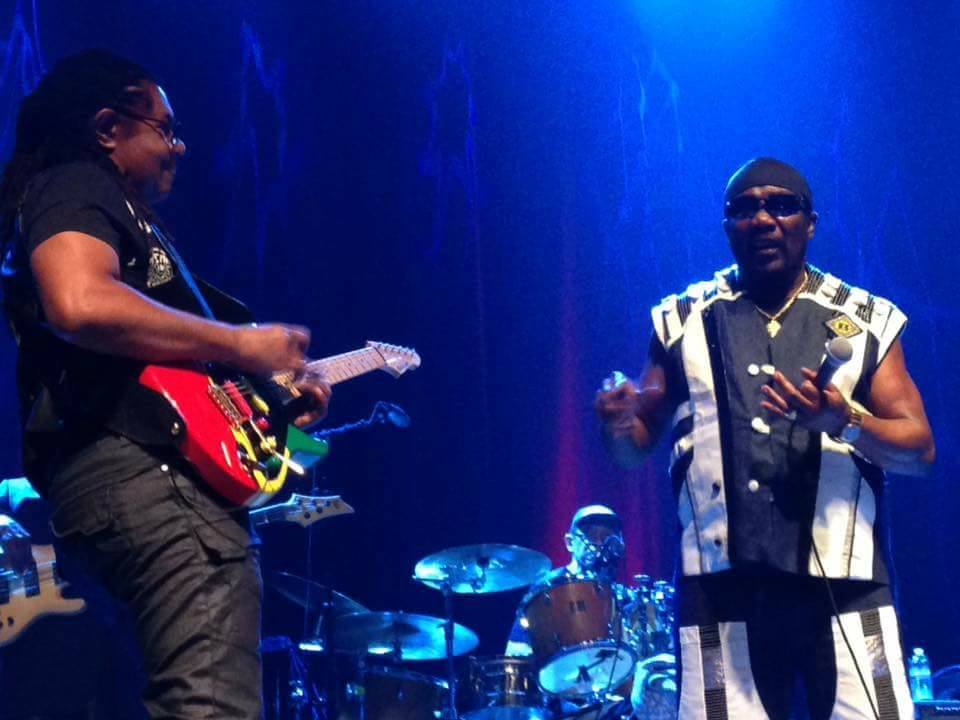 Member of the original funkmiesters, Crack Of Dawn with his brother, Rupert Harvey as well as others, a producer of five {5} of Messenjah’s albums, both these bands signed to major record labels, firsts in Canadian music history, deserves props for said feats

I asked Carl why he nor Rupert are never contacted by companies like the CBC based on these outstanding accomplishments and his answer was, “I don’t know.  They never have and I don’t care much because they don’t butter my bread”

A known guitar impresario of global notoriety and in the past 40 years or so, the CBC and others don’t acknowledge him

Interestingly,  Carl is one of very few here in Canada who performed and recorded with the late, great Jackie Mittoo yet the CBC knows nothing of him but does features on Jackie

This is another example of why colonizer, white media in Canada are not our ‘experts’ on reggae.  They don’t know shit

Our Feel Reggae conversation touched on many progressive thoughts and the one we kept coming back to is a “Reggae Society”  where there is a place for live, reggae musicians to come and jam / perform weekly

David Kingston, a wealth of reggae knowledge shared his music and thoughts.  This man is a walking reggae encyclopedia, supremely generous with his knowledge.  As previously mentioned, Kingston was on air, every Friday night on CKLN 88.1FM for over a decade, bringing this music.  His knowledge is vast!

I asked him what brought him out this time and said simply “Carl”.  They had never met before

A wealth of knowledge was shared

Thanks for the input Exco has given, who himself is eternally grateful for said establishment in his career to date with the programs that have aided his music as well as his travel for reggae.  Factor and Socan grants have aided Exco fiscally and those programs are for anyone who wishes to seek them

Those who live it know it

The thing is, I am fully aware of the talent available here in Canada.  They have proven it time and again and the fact that reggae isn’t monetized better is TOTALLY on myself and many others in the genre.  My mantra is to say “fuck you” to these bigoted morons yet they are not all alike.  There are those with a sense of honor and fair play and a large audience in Canada who are more than ready to listen to this music.  I will always focus on the positive.  It is how I know how to win

Carl here relaying snippets of his life as a musician in Toronto’s music scene
Here Exco Levi, 5 time Juno award winner, break out into a nostalgic tune made famous by Max Romeo, “Chase The Devil”.

Exco is another of those who ovastand the need for unity and came to support the Feel Reggae initiative as well as the meet guitar legend, Carl Harvey.  Jeremy Rempel  of Fugitive Minds, jamming along as well 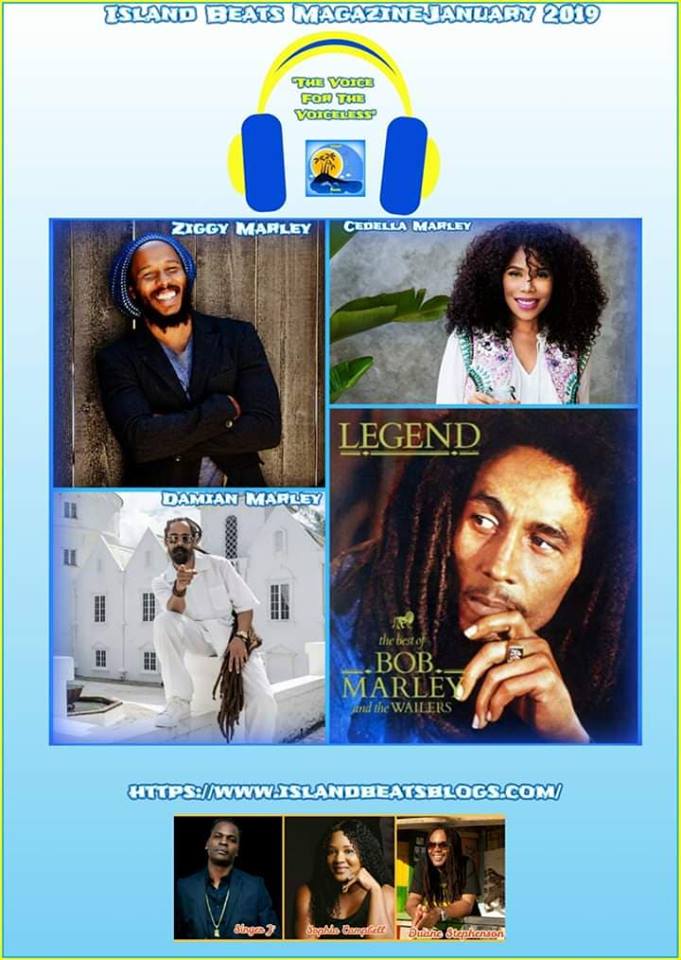 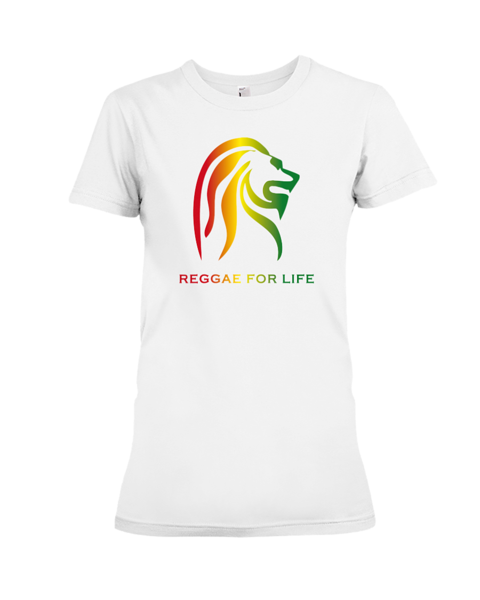