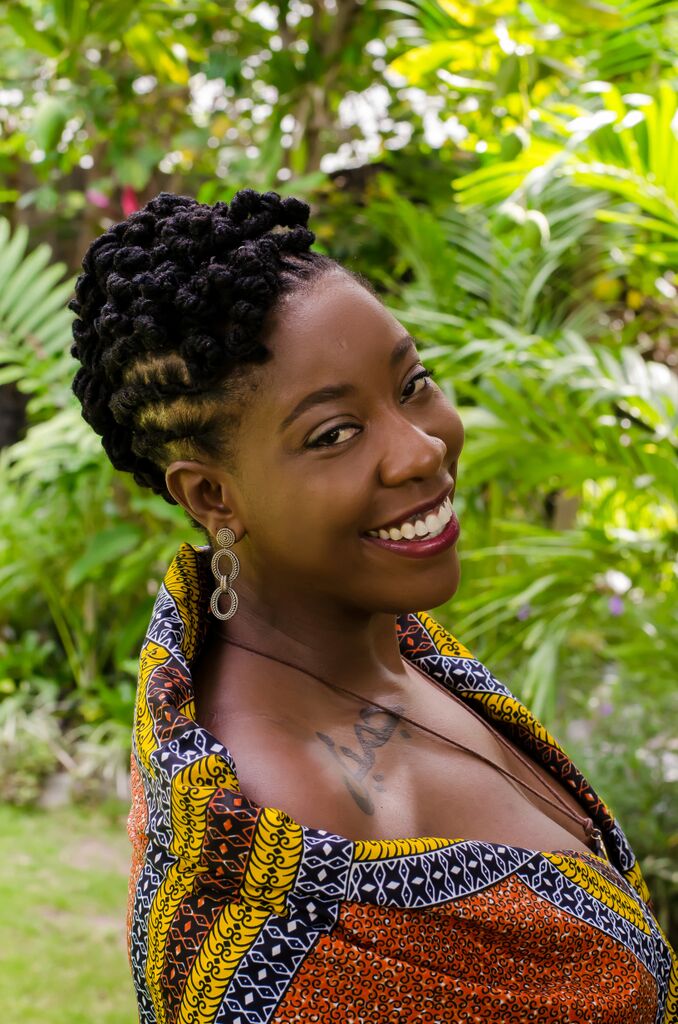 It is nice to meet ‘new’ talent.  Only new because I’m just now learning about this reggae, musical veteran, thanks to www.torontoreggae.ca who introduced me to this young lady’s works

​​The Soul
​
Jah’Mila, born Jhamiela Smith in Kingston Jamaica, has been a beacon for Jamaican music and culture with her talent for singing and positive messages of hope. Long playing the role of reggae ambassador, Jah’Mila has been sharing international stages with the likes of The Wailers, Groundation and grammy award-winning reggae band Black Uhuru, including Sly and Robbie, for over 10 years.  Being born into the very roots of the reggae family tree, she bears high respect for the craft and understands the importance of her role in preserving and performing quality live reggae music. As the daughter of internationally respected musician and Wailer alumni, Earl “Chinna” Smith, music became an inseparable part of her life from an early age. She was born with a melody in her heart and a fire in her soul.

Drawing influences from towering reggae legacies like Bob Marley and The Abyssinians, as well as jazz and contemporary icons like Nina Simone, The Beatles and Lauryn Hill – Jah’Mila strives to create music that is lyrically intelligent, masterfully delivered, tastefully arranged and undeniably inspiring. Her signature track ‘Reggae Soul’ is a rhythmic representation of her musical style, in which she interlaces her deep reggae culture with notes of jazz, r&b and soul.
Jah’Mila’s band is comprised of a team of extraordinary musicians who have been playing together for years. With the unbeatable drum and bass foundation laid by Paul Keddy and Alec Frith, coupled with the grooviness of Richard McNeil and Charlie Benoit, the band captures the true compelling and electrifying energy of Jamaican dub. This musical synergy mixes beautifully with the soulful melodies of Sean Weber, making the band’s performance a true musical delight. Kristine’s harmonies are like a cherry on top!

She has traveled the world on the wings of her voice, performing on major international stages like the Umoja Festival in Oakland, California, the Afro-Pfingsten Festival in Winterthur, Switzerland and at KulturPunkt! in Flawil, Switzerland to name a few. In Jamaica, she has graced stages such as the Jazz and Blues Festival and the Children of Icons show that was hosted by the country’s Ministry of Culture and Entertainment. Most recently, she has been performing with her full band in her new home Halifax Jazz Festival, Black Top Ball and Makin’ Waves in her new home of Nova Scotia. Jah’Mila was listed in the Top 5 of the Casino Nova Scotia Artiste in Residence Program in 2018 and was invited to sit on Music Nova Scotia’s International Women’s Day Panel in February 2020. Her music was also showcased at the 5th Annual Caribbean Diaspora Multicultural Celebration at the Halifax Commons and also at the 2018 and 2019 Nova Scotia Music Week showcase in Truro, Nova Scotia.
Since moving to east coast Canada less than 4 years ago, she has been blessed to collaborate with many local Maritime talents. She has done original work with Dub Kartel, Pineo and Loeb, Kim Dunn and was featured as a guest artiste for Symphony Nova Scotia’s Black is Beautiful series show in February 2020.

Jah’Mila is content to keep herself in work mode – seizing all her musical opportunities as they come. Well equipped with over a decade of industry experience and with the amazing support of her musical team, she is now poised and prepared to stand in the center of every stage in her new hometown of Halifax. Her first LP release, set to be released in fall 2020, will be a spirited and affecting collection of reggae soul tracks with messages of love reverberating through every note.