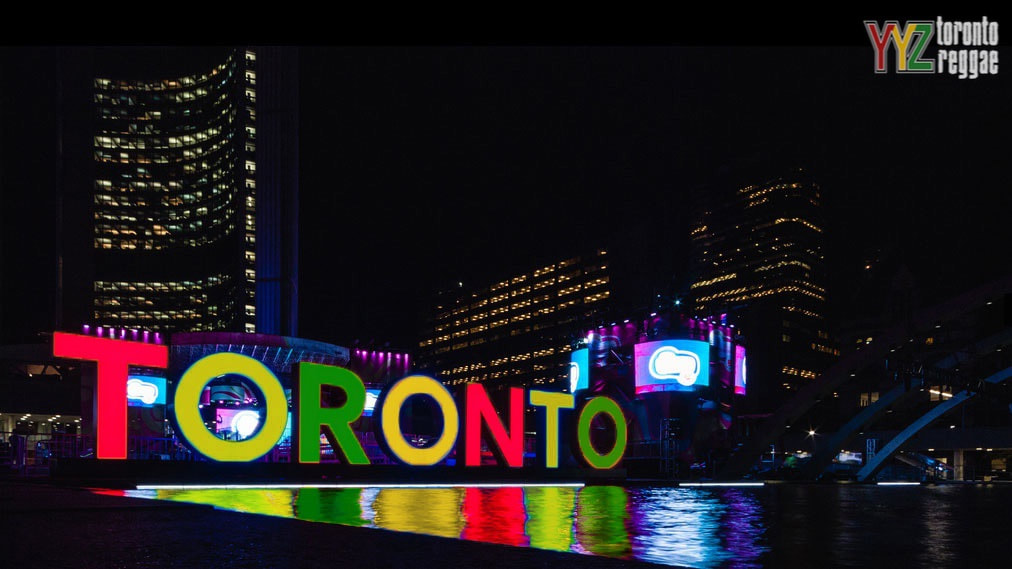 Toronto Reggae YYZ, Jason McLean tweeted City Hall from November 2018 to present {weekly} to change the colors of the TORONTO sign, on the 6th February, Bob Marley’s earthstrong, to the colors of the Jamaican flag

When The Hall decided to agree with the change of color, they chose those of the red, gold and green of RasTafari, which was Jason’s first choice but he never believed that they would change it to that

On the Wednesday, 6th February, 2019, the colors of RasTafari will be on the TORONTO sign, starting at dusk where the colors will stand out nicely against a dark sky to signify Bob Marley’s earthstrong and homage to Reggae as well as RasTafari

If you can’t make it for a coupon, bring a non-perishable food item for the Daily Bread Food Bank Parkdale and also will get you a $10.00 discount at the door

Location to be announced