​
​The 85th Coronation of H.I.M., Haile Selassie 1st, is being celebrated worldwide, crowned with his wife Empress Mennen, 2nd November 1930.  Though not as glorified to some / many like Christmas is, it is no less significant a feeling to those who celebrate H.I.M. 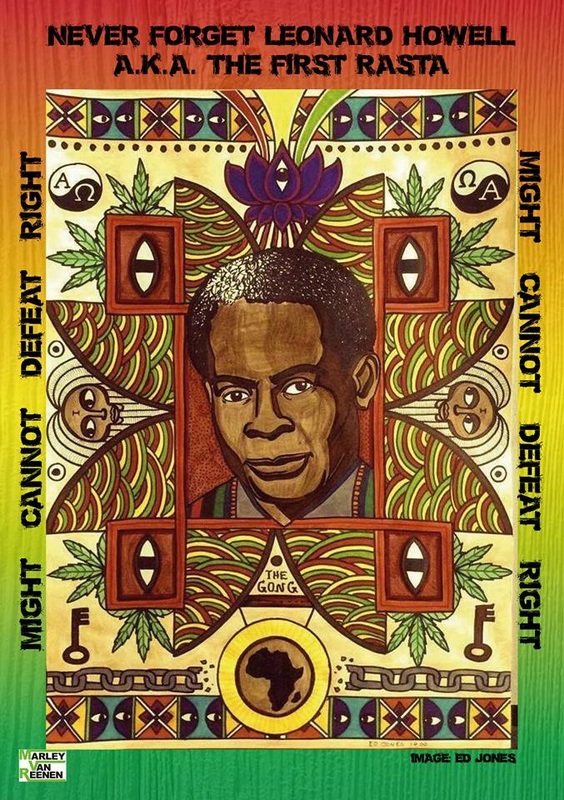 In honoring this spiritually, historical event, one must pay homage to Leonard Percival Howell and the settlement of Pinnacle in Jamaica.  “The Gong” aka “The Gong Guru” along with Joseph Hibbert, Archibald Dunkley, and Robert Hinds), and is sometimes known as The First Rasta elevated humanity by bringing light to bear on Haile Selassie 1st for the world to learn, see and acknowledge.

The day becomes more precious to me as time goes by, considering the treatment (persecution) and harassment of Leonard Howell, put into a mental institution by a so called “Jamaican hero” Alexander Bustamante, as well as the abuses and murder of Ras Tafari people by this colonial leach.

The premise behind said abuses and murders of Ras Tafari was the ‘colonists’ views that black people could not celebrate a God that was / is Ethiopian, of Africa, of black skin, as the Christ in his Kingly character, who’s presence changed the world!
​
The persecution heaped on Jamaicans was to maintain the status quo of a white Jesus and a white God, so the murders, rape and degradation of black Jamaicans was justifiable to buckingham palace as well as the to the then Prime Minister, Alexander Bustamante, a Jamaican hero!

What hero murders his own people? Why are Jamaicans still speaking of Bustamante as a hero?  How is he a Jamaican hero if he murders innocent Jamaicans on the behest of colonial murderers?

I take this time to put this in some historical context so that we may never forget the trials of Ras Tafari and how many sacrificed for the freedoms and worldwide love and respect that Ras Tafari now receives yet the colonial battering continues.  This isn’t about Bustamante the colonial puppet but about the celebration of Ras Tafari that has endured no matter the obstacles set before us by the babylonian system by using corrupt, Jamaican politicians as well as colonialism, even today.

Instead I reflect on the growth of Ras Tafari in spite of these barriers as it grows through the entire planet, to all races of people, without the hard sell of door to door selling like the Jehovah’s Witness, monster truck styled selling of Christianity or the organized herding of “sheep” by all Christian faiths.

You come to Ras Tafari or it comes to you.

Ras Tafari is led by an individual choice to live in a peaceful manner, educate self as well as our children and to carry one’s self with pride and respect in an attempt to elevate humanity.

No man or woman is perfect!  Ras Tafari, Christianity, Islam, Hindu, Krishna, Buddhism is not about perfection. Ras Tafari is a physical, spiritual, mental discipline that uses prayer and music to impact this world in which we live.   Ras Tafari chooses non-violent solutions to the world’s issues through the uses of reasoning and roots, Ras Tafari reggae music.  Roots reggae music, through the beat of the Nyabinghi drum, flows through the citizens of this earth, evidenced by the popularity of reggae music on civilization.

Ras Tafari guides me in that direction.

We celebrate this day with reverence and bless all nations, religions, faiths, belief structures of all the people of this earth on this, the 85th Coronation date of H.I.M., Germawi Qedamawi, Haile Selassie 1st.